I recently release a demo for the game Path.OS on the Itch.io store. It’s a witness like game about placing tiles and, personally, I’m not a huge fan of it. So I’ve decided to pause production on Path.OS and will revisit it in a couple of months to see if the mechanics can be reworked.

As for now, I’m currently working on a Steam version of SNAPto (It’s not called SNAPtwo, I just don’t know what to call it yet). I think the first version was received relatively well, so I think a revamped version is a good idea. One major change is I will be slightly remixing the mechanics of the game (Ooo…), just so people who played the first one can still experience a new game without solving repeated puzzles. Currently this Steam version has about 40 rough puzzle designs, so progress is going well.

If you’re interested in watching the development, I mainly post on my Twitter @BonpsiGames, but I will try to keep a devlog of SNAPto on the Itch.io page with updates on the game’s progress. I definitely fall into the camp of spending far more time working on gamedev than telling people about it.

I found a new job! I’ve already started work by the time this post goes up, which is great news. There’s not much to say this month, I’ve made a great amount of progress with the currently titled game Spontooneous, but most of this is code related and not very visual. The basic principle of the game is it is Witness-like and its currently in prototyping. I’m focusing on creating icons and additional gameplay elements that will lead to the most expansive puzzles. That is to say, for the mechanics that I’m working with, I have lots of ideas for icons, but only some of those icons create interesting puzzles and only a small fraction of those are expansive enough to create -many- interesting puzzles. Currently I only have 1 icon and 1 additional gameplay element that fits this premise (But they’re doozys, oh boy). You’ll see, or will have already seen, some visuals for the game on twitter over the coming weeks.

For now, until I’m settled, I’ll also keep social media posts to a week-and-a-halfly schedule. It’s much easier for me to manage. Additionally, I’ve unpublished the Patreon page (Hey, you miss 100% of the shots- ok) and removed the Facebook and reddit pages because I wasn’t really using them. I think I’ll just mostly work through Twitter as a SM platform for now because I don’t have the time to scale to other platforms and I don’t really have enough to show at the moment.

I recently (November) lost my day job due to covid related funding losses. While I look for a new one, I’ll be posting a lot less often (I usually queue up a lot of posts months in advance so, there’s still a couple of things to show off before I run out). Though I have told myself not to, I know I’m going to continue working on games in the background, it’s something that brings me joy, but I will be posting progress a lot less.

As of November I actually stopped working on Gorac. Gorac is currently in a playable state, but it needs menus, sounds, polish and a few more puzzles before I can release a beta and I’m not currently in the mood to work on those tedious aspects (Considering the world state). I’ve also been finding it difficult to create challenging Gorac puzzles without causing over complication of the puzzle board. I may rush out a beta when I find a new job just to see what the feedback is like.

Over November and December I got to grips with Dialogue System for Unity and worked on a top-down shooter inspired by Asteroids. This game revolved around using different forms of ship movement to solve puzzles; it also revolved around shooting and collect dialogue options to be used sparingly in character conversation. I will be posting some of the results of that work over the coming weeks.

Then, whilst working on the shooting game, I had an idea for something else; something that I’m quite excited about. The current project title is Spontooneous and, as before, it’s in its prototyping phase. I cannot divulge any information about the puzzles yet, but I can say it inherits a lot of its base code from Gorac.

SNAPto is now available to play on Itch.io! I have to immediately say, I write these blog posts a few weeks in advance and, ever since I put the game on sale (See JC Penny Effect) the number of downloads has skyrocketed. This is beyond anything I was expecting – I imagined 5 people downloading the game in total: currently the game has been downloaded 350 times, and has an actual revenue due to some people opting to donate money. I did not expect this response from Itch.io and it gives me great confidence to start working on something bigger – And I thank everyone for that.

Since SNAPto came out around August, I’ve had a good holiday, spent a month learning some new Unity tools and have begun work on the next game I’d like to release, currently titled GORAC. As before, the new game is a puzzle exploration game about learning the rules and lore of its world. This time, it’s set on the coast; in a place where everything passes through.

The first stage of game creation is always the least pretty to look at, so expect slow progress for the first few months of prototyping. I’ll also be working on a level editor, which will make building the puzzles a lot faster in the next stages.

Also, just after the release of SNAPto I participated in the ExtraCredits indie game jam 2020. It’s theme was ‘Take Care’ and I submitted a short game about self-care called The Perfect Circle. Also-also, if you’re itching to play more puzzle games and you like games like mine, then here are some very under-the-radar games that you’d also likely enjoy: Nawticrawl, Push Pipe Paradise, Snakebird Primer, Contrast and Gorogoa.

Firstly, the soundtrack is ready and will be eking out on SoundCloud over the coming weeks. The full soundtrack has been partially edited to avoid spoilers.

Secondly, the ‘Demo’ of the game is now being upgraded to a full game. After debilitating for a time I realised that I’d put so much content into the demo that I might as well release a full build of a final, smaller game; rather than a demo of a larger game that would take much longer to make.

This way, players will be able to experience the full game, with the narrative conclusion I want to tell, but it still leaves me room to expand it into something larger if feedback on the first release is positive.

As an estimate, the current version of the game takes around 2 hours to complete everything.

Thirdly, as for the game’s completion state, I’m about 3/4 of the way through the polishing stage, which naturally takes the longest. I also need to create social media banners, resolve some bugs, add some menu features and review some of the game’s dialogue. Of course, during this period, I keep adding puzzles, which makes polishing take longer. Sorry, I can’t help it.

Fourthly, there won’t be a lift mechanic. It is in the game (And the trailer), but it’s currently very buggy and it’s not tied to the narrative itself. It was just a neat mechanic that created some interesting puzzles and It may be something I add in a future update.

Fifthly, Patreon. If you donate, you will get your name in the credits, but there’s no special reward tiers at the moment. If you like the sort of Exploration based puzzles games I work on and want more of them, feel free to pass me £1 and perhaps I can turn this hobby into a full-time job.

Finally, as a little treat for reading this far, here’s a super-secret link to the game’s trailer, which isn’t released yet so, shhh… 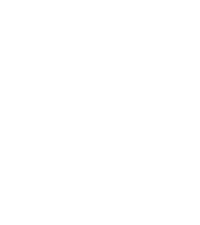